Miguel Angel Guerrero jammed on the brake pedal of his bright, red 4×4 pickup truck. We skidded to a crunchy halt on a dirt road alongside the vines behind Valle de Guadalupe winery L.A. Cetto, where Guerrero owns La Esperanza restaurant. “There!” he exclaimed, pointing toward a large black-tailed jackrabbit which leapt from the side of the road into the lush, green rows of Merlot vines. 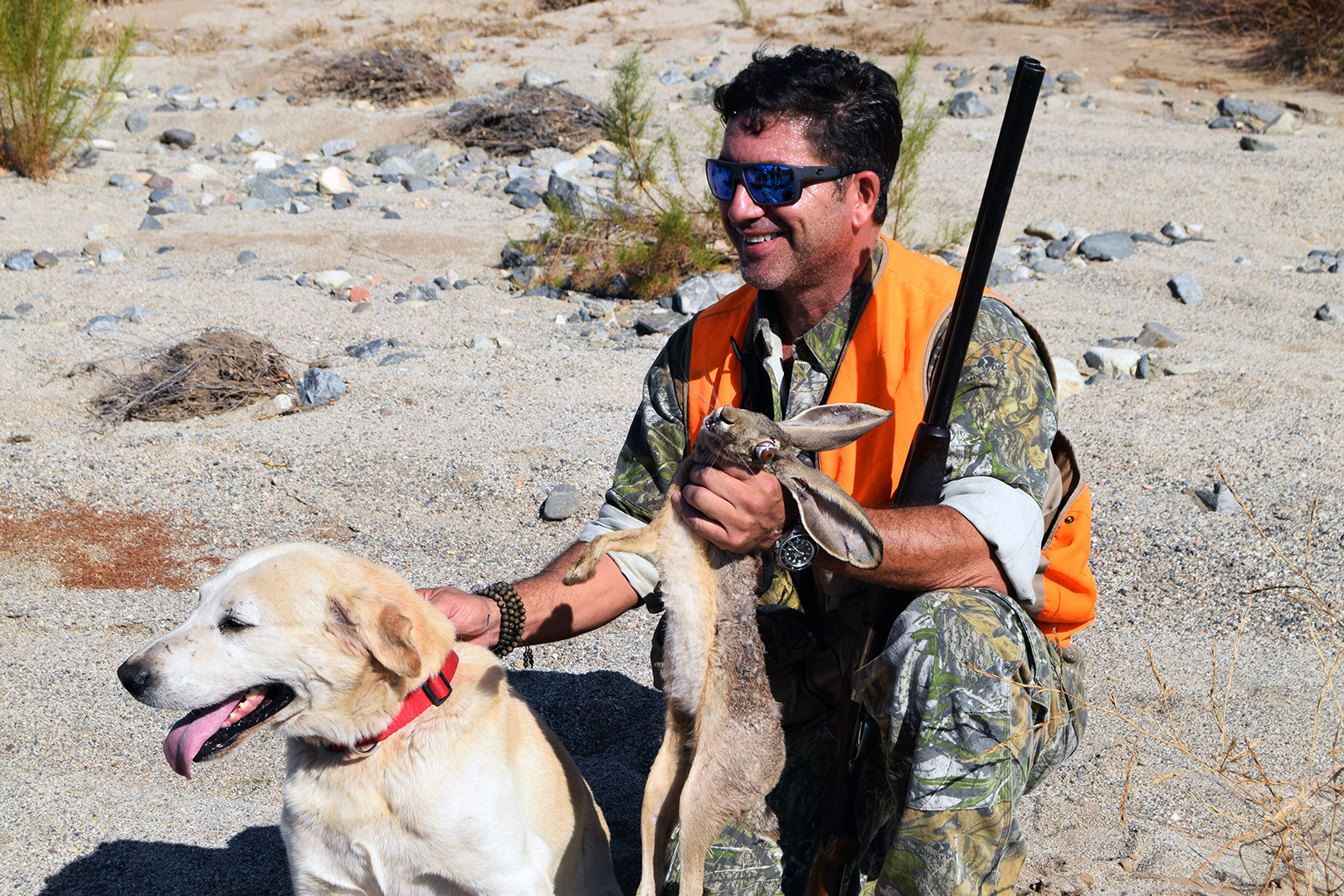 “Hares are red meat, so I’ll just give this a light sear back at the restaurant. It will be delicious,” Guerrero explained as he placed the jackrabbit into a plastic milk crate that also held two brush rabbits and fifteen quail, shot by the chef earlier that morning. All would be cleaned, cooked, and served later at La Esperanza. Thus, a typical day in the life of this Baja California chef had begun.

Widely considered the founder of the Baja Med culinary movement, or at least as its legal trademark holder, Guerrero is a something of an anomaly in the culinary world. A lawyer before he tied on the apron, he saw the potential of securing rights to such culinary designation and made sure he was able to do so as he shifted focus to his second career. To wit, Baja Med and the style of cooking it defines has come to identify much of the food scene in Baja California.

For Guerrero, the formula behind Baja Med combines three influences. The first is the diverse Mexican population found throughout Baja California. “Mexican cuisine comes from the kitchens of the Yucatan, Mexico City, Michoacán, and Oaxaca. From them we inherit our chilies, tortillas, and salsas,” says Guerrero.

He attributes the second influence to Baja California’s Asian immigrant community. “The Chinese came to Mexicali 125 years ago and introduced their food there. The Japanese arrived in Tijuana in 70s and 80s and bought sushi (and raw preparations) with them,” the chef explains, while the “Med” in Baja Med comes from the chef’s family roots. “My family comes from the Mediterranean part of Spain. The climate of Baja California is very similar. And like the Mediterranean, here we have vineyards, olive oil, vegetables, and herbs. Everything is very fresh, very local.” 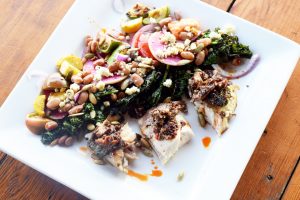 Adding to the food factors that make up Guerrero’s Baja Med cuisine are his personal influences. The chef has been an outdoor sportsman for as long as he can remember. “My father was a hunter. My uncle was a diver and a fisherman. I hunted my first rabbit at five years old with a .22 rifle. My family always took me diving and spearfishing. Those experiences helped build my character.” They also helped define the kind of chef he has become and the kind of food he serves.

Sharing the ways in which he approaches cooking and life with his friends and acquaintances, Guerrero operates “Baja Expeditions”totake small groups on hunting and fishing trips along the Baja California peninsula. His crew typically consists of lifelong friends and several of the region’s chefs, sommeliers, and winemakers.

In addition to enjoying the camaraderie of like-minded adventurers during his annual journeys to Land’s End and back, the chef documents and shares changes in Baja California’s biodiversity and promotes sustainability – a hallmark of Baja California cuisine – via social media. 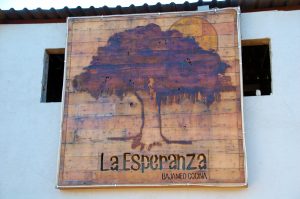 Much of the game and seafood hunted and caught during these expeditions eventually finds its way onto a plate at one of Miguel Angel’s restaurants. It’s not unusual to visit La Esperanza – or La Querencia and El Taller in Tijuana – and find bow-hunted venison burritos, or spearfished yellowtail collars available off-menu.

During a recent visit to La Esperanza, Guerrero worked his knives through a 60 lb. grouper on his block. “My son speared that fish when we went out this morning,” the chef recounted with a father’s pride. “To spend time with my family and then serve what we catch at our restaurants is an amazing thing.”

After a few hours of trekking after and photographing the chef in and around arroyos, brush, and vines, we headed back to the restaurant where Guerrero and his staff cleaned and prepared the quail, rabbits, and hare from the day’s hunt. Guerrero carved out the hare’s loin and placed it on the grill over oak, carefully turning it for an even sear. 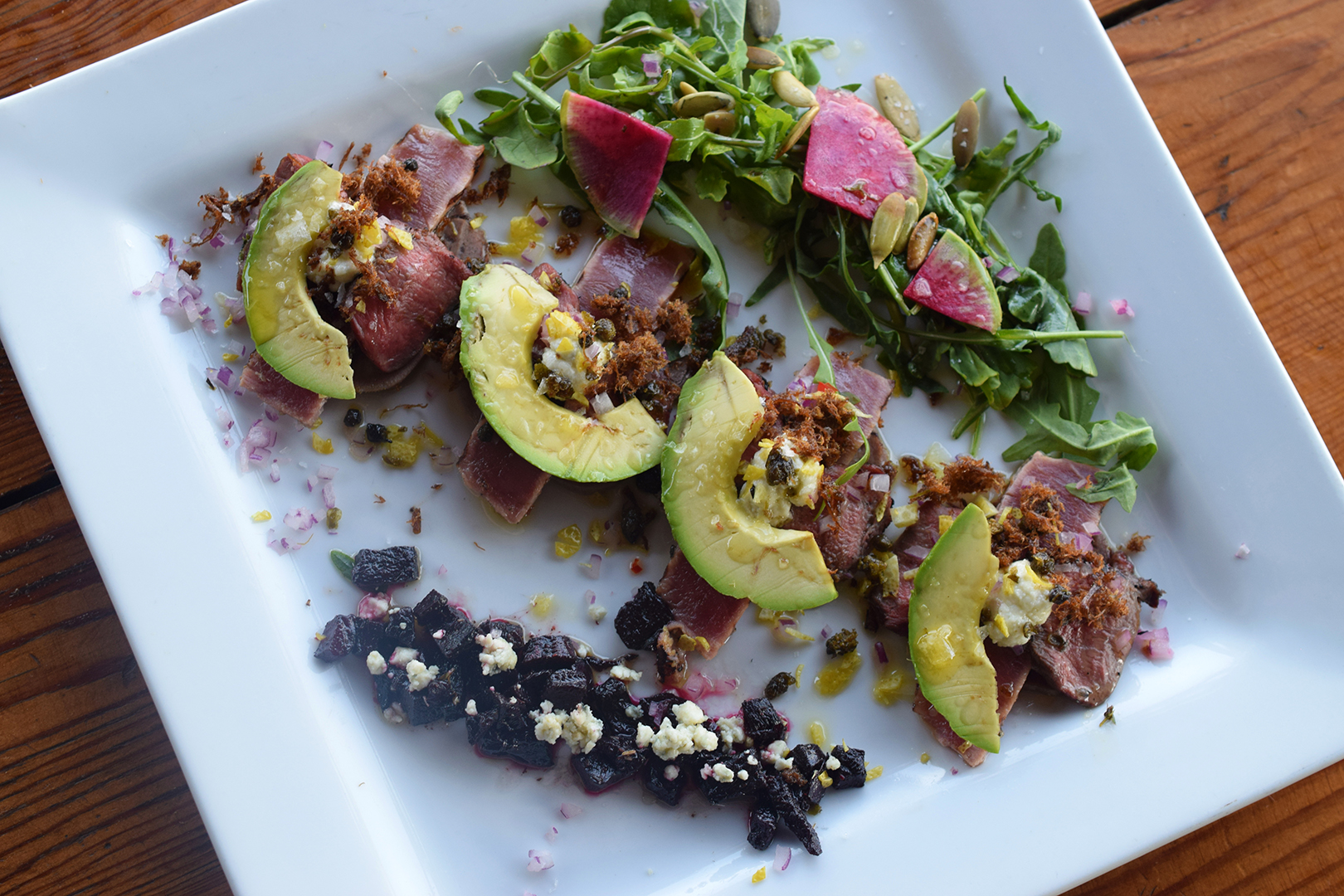 Jackrabbit loin with medallion of beef tongue and seared tuna.

Once cooked, Guerrero cut the loin into medallions, plating them atop larger medallions of grilled beef tongue and slices of seared bluefin tuna, quipping, “The three should get together more often, don’t you think?” He finished the dish with confit, avocado, lemon, goat cheese with dried chiles, a bed of garden greens with watermelon radish, and a splash of local olive oil.

“I’ve never made this dish before, it’s brand new,” Guerrero confided. “In Baja California, we are free to experiment and make new dishes. We were out in the field hunting rabbit and quail this morning. Now we are here in the restaurant enjoying the flavors of our work. Though it’s not really work for me, it’s having fun.” A day in the life, indeed.

This article was originally published at NewWorlder.com.

1 Comment on Field to Fire with Miguel Angel Guerrero